The first hospital my husband worked at after finishing his degree was called Mercy, a hospital run by nuns. On top of the building is a huge cross that makes a complete turn once a day, and lights up at night. The employees jokingly called it merciless because of the work load, which was often so great that quality care and attention was hard to give each individual patient. That’s not a knock against this hospital, he’s worked all over the country and it’s the same to varying degrees everywhere. Mercy is no longer the purpose of major hospitals, in its place is the bottom line. 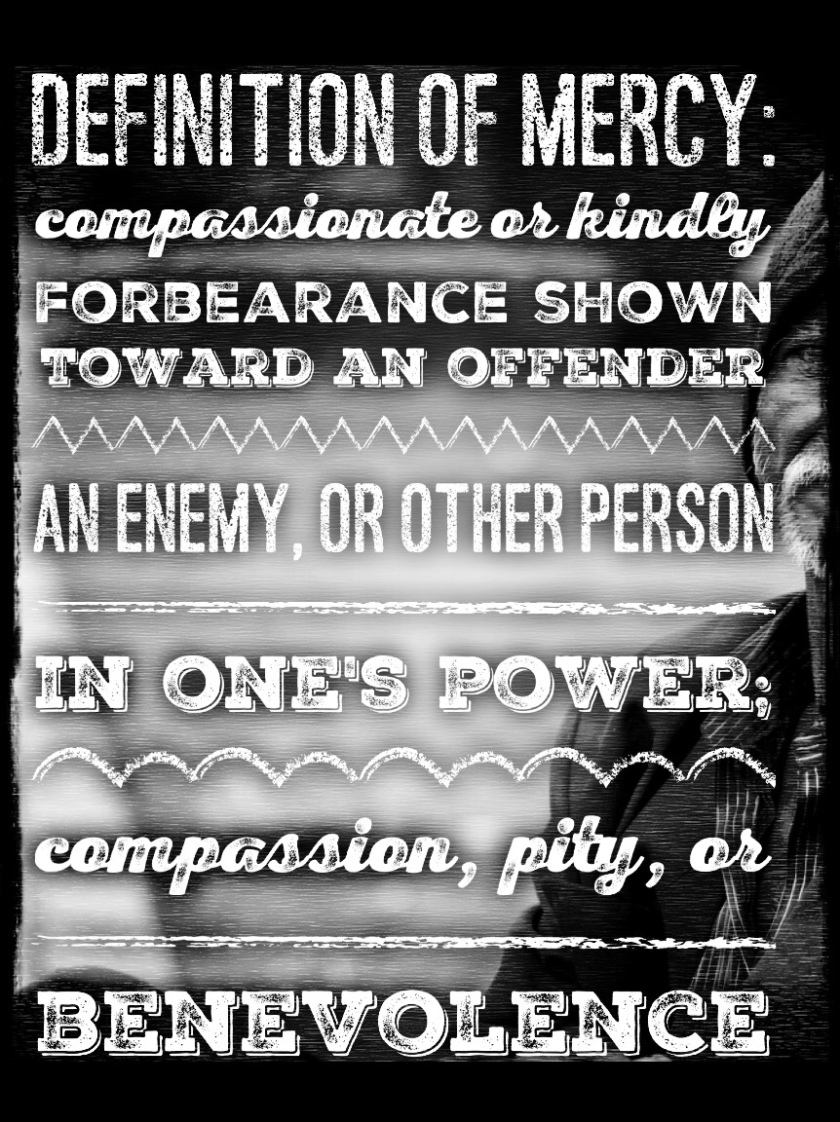 Most hospitals were started by churches, which is why so many bare their name. Originally it was a way to minister to the sick, to share God’s love and the Good News of the Gospel. In the same way that many of today’s most secular colleges were once beacons of Gods Word, hospitals have changed. Has our society changed? I don’t think so, dear ones. There has always been institutes built by believing hands to glorify our Lord. Yet, when they pass from death to life, others with different principles take their place. All the while the lost continue to be chained to their sins, in every generation. Whitfield was not only teased mercilessly for his appearance, he had pieces of a dead cat thrown at him. We can’t imagine anything that disgusting happening today, but our generation has its own besetting sins.

Poor Spurgeon was not only ridiculed by the media, but had a group of men run into where he was preaching to thousands and yell “fire” and “the buildings collapsing”. The panic that ensued caused the death of seven people, and many more were injured. Spurgeon never recovered from that merciless act, and was easily frightened until the day he died. The decided behavior of those who hate God might change from decade to decade, surely today the keyboard warriors take to their reddit accounts to mock and belittle us. I’d take that over dead cat parts any day, personally, and am often pleased to see such articles written against my own blog. They always include a link, which leads unbelievers that never would have found my tiny piece of blogosphere to the Gospel message!

What I’m trying to get out here in a round about way is that the mercy of believers must not waiver. Consider Thorpe, a member of the Hell-Fire club, who stood up in a bar full of drunk friends to mock Whitfield. They were having a contest to see who could mimic him best. Thorpe crosses his eyes, and put on his best Whitfield accent, then opened the pages of the Bible at random. “Unless you believe that I am He, you will die in your sins.” As Thorpe read on he lost the accent and became deadly serious, he preached Gods Word in all sincerity, and the room full of hooligans became deathly silent. When he finished reading the text he closed the Bible and sat down, broken, humble, and soundly saved by Gods grace. What the devil meant for evil, God meant for good. Thorpe would go on to become a preacher himself, and would remain a fan of Whitfield’s.

Oh that we could see what great works God is doing, if we could see behind the screen of the angriest atheist! I had someone once tell me they cried themselves to sleep every night because they knew they were living in sin. I would have never taken that person as one to care at all about their sin, it certainly didn’t seem to bother them on the outside. This is why our mercy can not fail, we can not repay evil with evil, we can not answer the lost with angry words. We don’t pick up the cat parts and angrily toss them back. When Ray Comfort was being spit at repeatedly in Israel he didn’t return the favor, but laughingly dogged the spit and continued his message. From time to time we will lose heart, we will even lose our tempter, but we must not lose our mercy.

I’m amazed at the wickedness of my own heart, at how quickly I can forget that if not for the grace of God I’d be far worse. We have received so much mercy from our Lord, so much kindness, while we were yet sinners, yet sinners I say, He died for us. Even now, redeemed, free from the chains of sin and death, I do not deserve the love of God, nor in my best days. I often wonder why He didn’t save someone who was stronger willed. To be honest, I struggled to even make calls for a doctors appointment. My brain doesn’t work right, it mixes the words all up, it sends alarms of panic and fear at the sound of another voice answers the line. Even with the treatment I’ll receive, I’ll be less likely to poor bacon grease on myself, but it won’t fix the wires that misfire. Surely there was someone more eloquent, bold, and nuero-typical? I don’t understand why God saved a wretch like me, but I am eternally grateful. It’s that gratefulness which should lead us all to deeper mercy for the lost.

It’s Friday again, my friends, which means many of you will be home with friends, family, fellowship, and the random strangers you meet along the way. Be merciful to the lost, be merciful to the saved! Shower mercy upon your spouse, your children, and even your in-laws. They’re no more a sinner than we are, and in so doing we bring glory to our God. I hope this will encourage you all, it’s certainly a message I needed. As always, my dear beloved brethren, be good Berean’s and study to show yourselves approved.

Ok, this is not really the same kind of testimony I usually write about on Wednesday. I just couldn’t let this go, it’s too unique. With the series on The Saddest Wedding ending yesterday, I felt like a beautiful love story would lighten the mood. This is the very thing Jonathan Edwards wrote about his future wife, after meeting her. Prepare yourselves for better writing then Shakespear ever dreamed of…

“They say there is a young lady in [New Haven] who is beloved of that Great Being, who made and rules the world, and that there are certain seasons in which this Great Being, in some way other or invisible, comes to her and fills her mind with exceeding sweet delight, and that she hardly cares for anything, except to meditate on him – that she expects after a while to be received up where he is, to be raised up out of the world and caught up into heaven; being assured that he loves her too well to let her remain at a distance from him always. There she is to dwell with him, and to be ravished with his love and delight forever. Therefore, if you present all the world before her, with the richest of its treasures, she disregards it and cares not for it, and is unmindful of any pain or affliction. She has a strange sweetness in her mind, and singular purity in her affections; is most just and conscientious in all her conduct; and you could not persuade her to do anything wrong or sinful, if you would give her all the world, lest she should offend this Great Being. She is of a wonderful sweetness, calmness and universal benevolence of mind; especially after this Great God has manifested himself to her mind. She will sometimes go about from place to place, singing sweetly; and seems to be always full of joy and pleasure; and no one knows for what. She loves to be alone, walking in the fields and groves, and seems to have some one invisible always conversing with her.”

This is a testimony to Gods great love, and kindness, in that He saw it was not good for man to be alone. So He created a helpmeet for man, I can think of only one example more beautiful of that union than the one we see here, between Jonathan and Sarah Edwards. That’s the love between Christ and His church, which is consistently compared to marriage throughout the Bible. How much did Christ love His church? He died for her. What is usually called Gods ‘common grace’ becomes decidedly uncommon when looked at in the light of salvation.


What is this great grace God has shown, this unimaginable love, that while we were yet sinners Christ died for us? Irresistible grace! Beloved, this God that we serve is deserving of all our hearts, soul, mind, and strength. So, be good Berean’s, and study to show yourselves approved.
Follow Tulips & Honey on WordPress.com