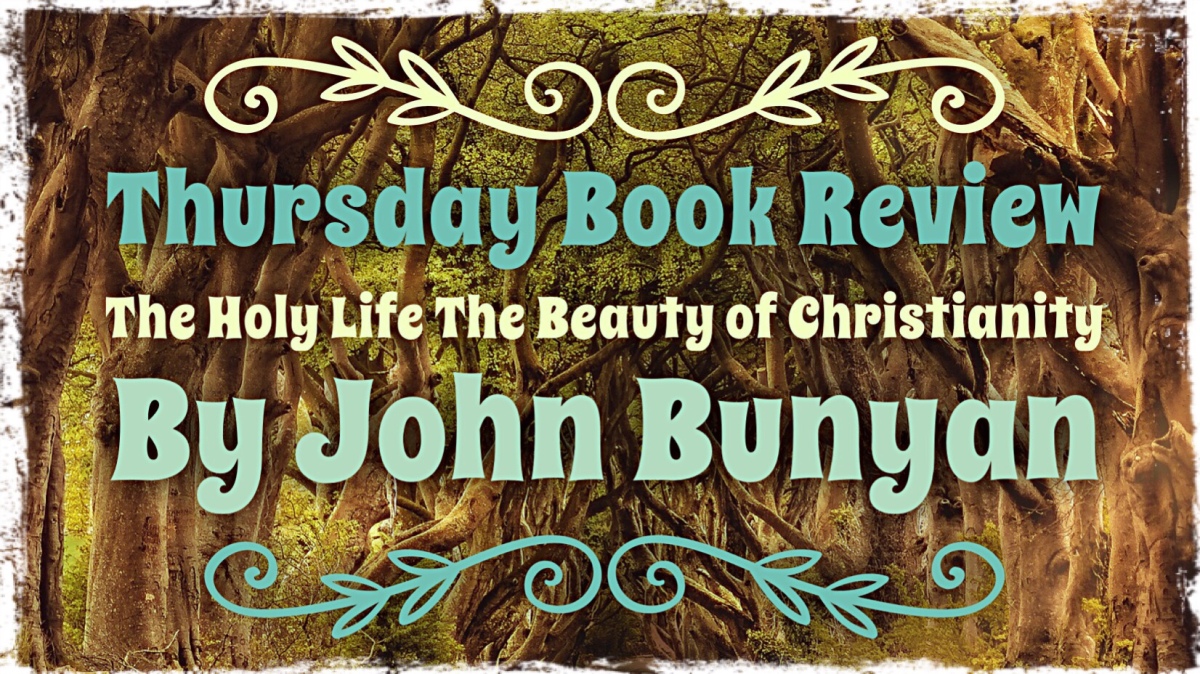 Beloved brethren today’s book I’d like to review for you was written by John Bunyan (1628-1688). You’ll recognize him as the writer of Pilgrims Progress and Grace Abounding to the Chief of Sinners. The Holy Life is a short book, published in 1684 just four years before Bunyan’s death, which expounds upon 2 Timothy 2:19. The style of this book, while not as easy to read or eloquent, is similar to Thomas Watson’s, so it lends itself to organized note taking. 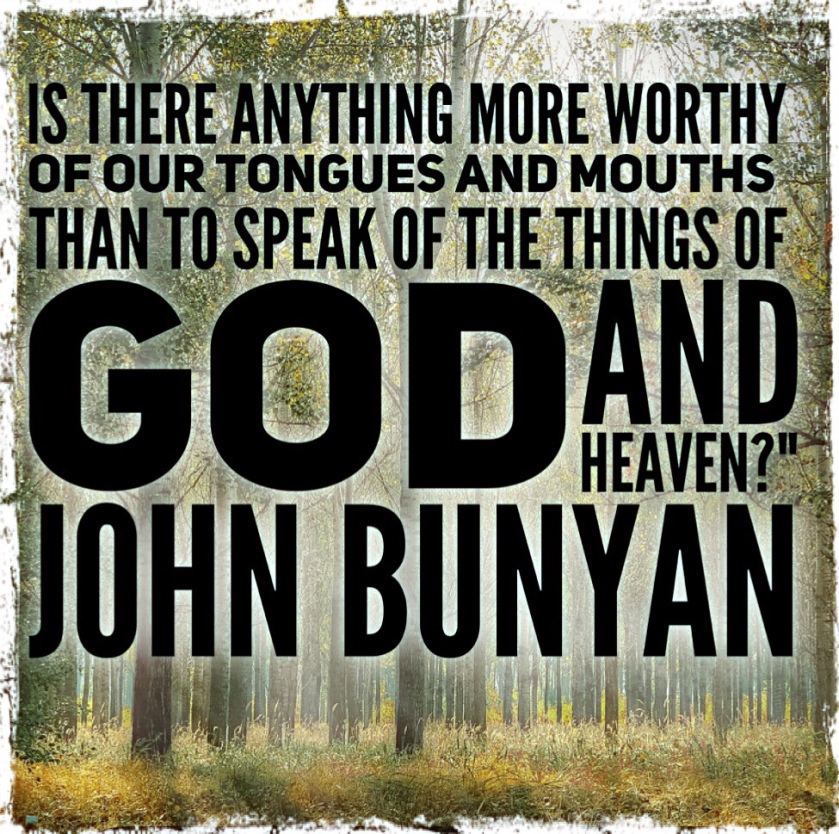 The topic Bunyan addresses here is one dangerously lacking within the discussions of believers today, holiness. Many will, unfortunately, shrug this subject off as ‘legalistic’. That label gets thrown around all too often today, perhaps simply due to a misunderstanding of what legalism actually is. In this book Bunyan never suggests that holiness is a means of salvation, but rather calls believers to a holy life style as means to glorify God, and share the Gospel with onlookers. He decries those who profess the name of Christ, yet have never repented of their sins and put their faith in Him. It was much more evangelistic than I expected, while still stinging with conviction and leading with encouragement to believers. 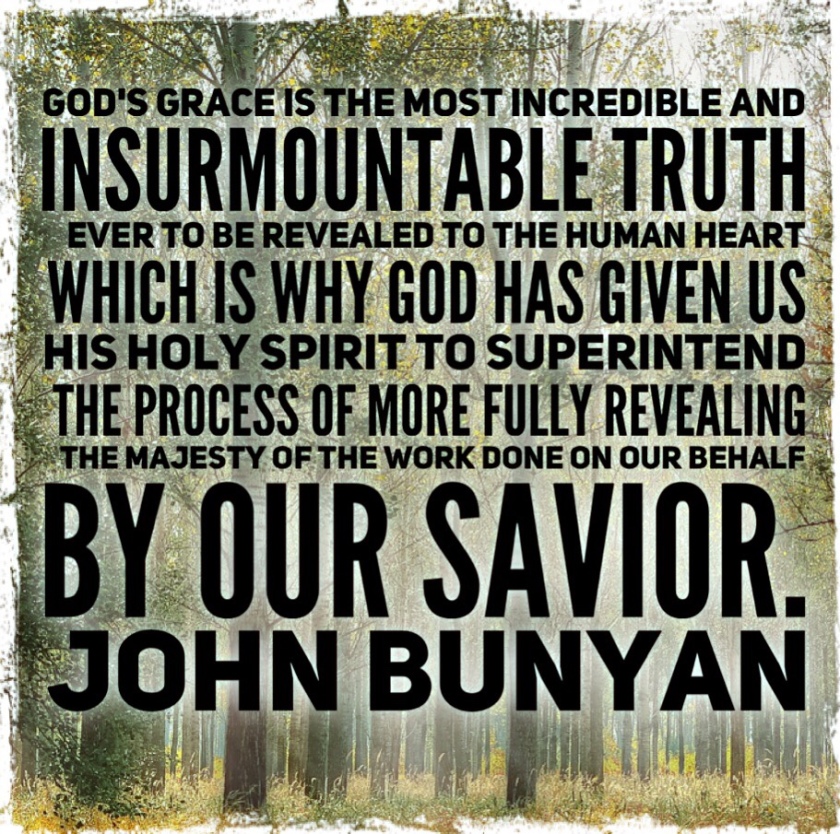 I would recommend this book to all believers, though it would make a particularly apt gift for elders, leaders, and pastors. Due to the age of this one, it’s in the public domain. This, of course, means it’s free! Also, Librivox has a free audio recording of it as well, which you can find here. Here is the pdf, and paper back, though there does not seem to be a kindle version available, sorry friends. I pray this review has found you all doing well, dear ones, and has blessed you. As always, be good Berean’s and study to show yourselves approved. 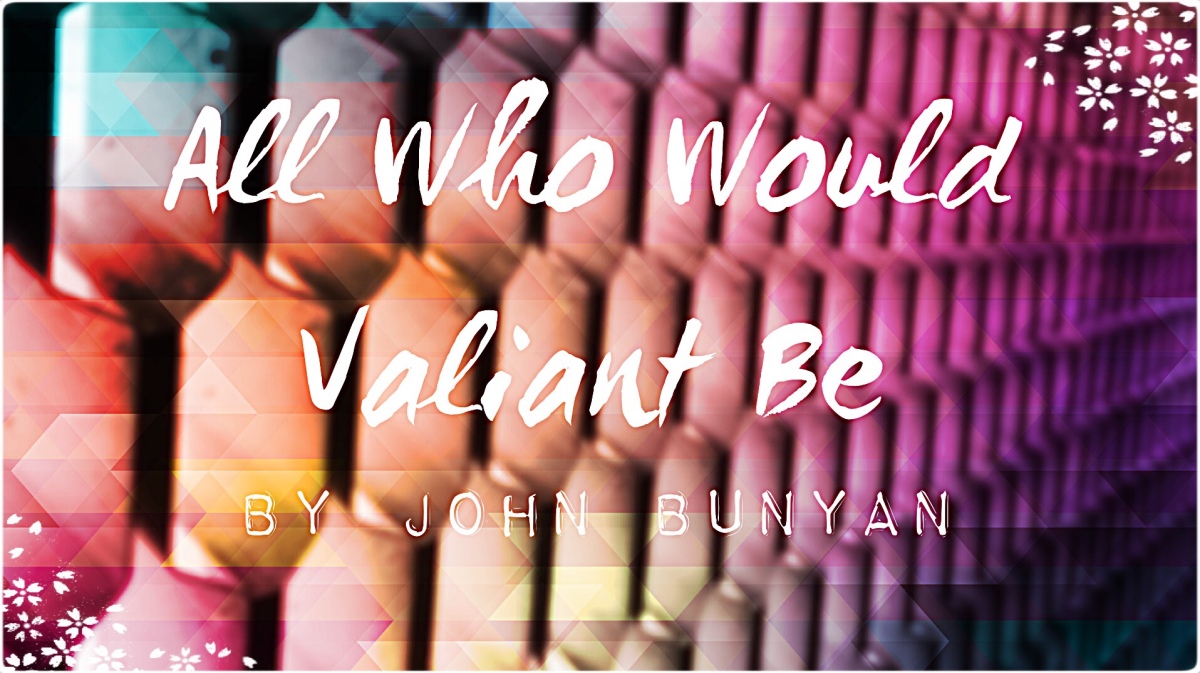 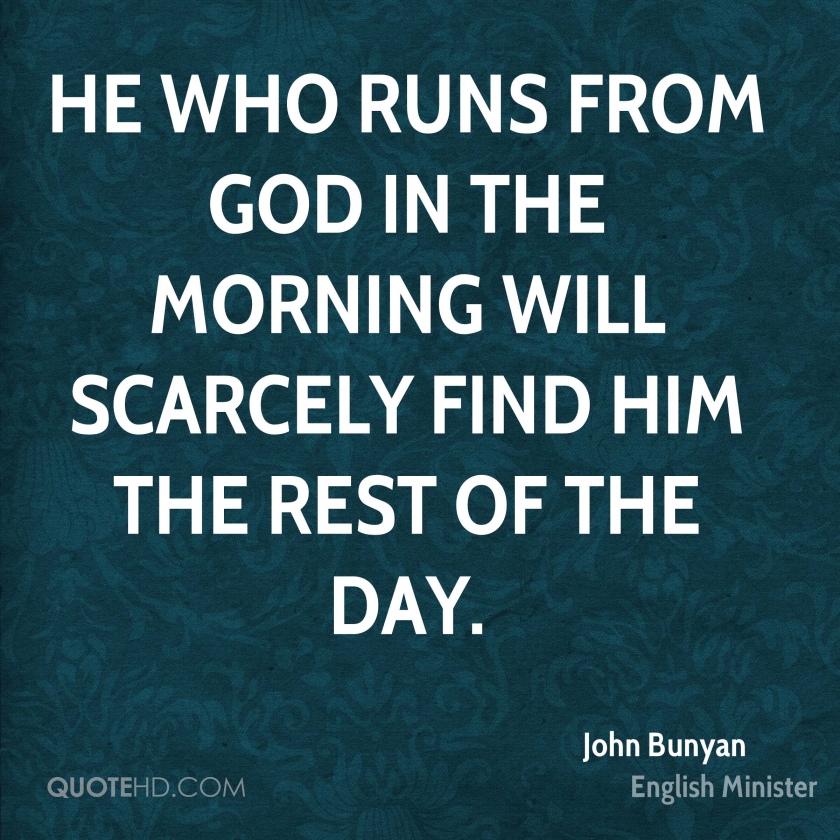 Who would valiant be ‘against all disaster,

There’s no discouragement shall make him once relent

his first avowed intent to be a pilgrim.

Who so beset him round with dismal stories,

do but themselves confound–his strength the more is.

No foes shall stay his might, though he with giants fight;

he will make good his right to be a pilgrim.

Since, Lord, Thou dost defend us with Thy Spirit

we know we at the end shall life inherit.

Then, fancies, flee away! I’ll fear not what men say,

I’ll labor night and day to be a pilgrim.

Grace Abounding to the Chief of Sinners by John Bunyan was published in 1666. Bunyan wrote this book while he was serving a twelve-year sentence in jail for preaching without permission. This book is such a vivid account of the struggle Bunyan went through coming to faith it will make your heart ache. The only other faithful brother I’ve heard likewise is Martin Luther, who seemed to suffer from a similar burden of sin.

This book, like many other’s I’ve recommended to you, is in the public domain. This means you can download a free pdf or Kindle version, listen to an audible book, or purchase your own copy. I would strongly recommend this book to go along with the reading of The Pilgrims Progress.

A-maz-ing grace! How sweet the sound–
That saved a wretch like me!

I once was lost but now am found,

Was blind but now I see.

‘Twas grace that taught my heart to fear,

And grace my fears re-lieved;

How pre-cious did that grace ap-pear

And grace will lead me home.
The Lord has prom-ised good to me,

His word my hope se-cures;

He will my shield and por-tion be

As long as life en-dures.
And when this flesh and heart shall fail,

And mor-tal life shall cease,

I shall pos-sess with-in the veil

A life of joy and peace.
The earth shall soon dissolve like snow,

The sun refuse to shine;

But God, who called me here below,

Will be forever mine.
When we’ve been there ten thousand years,

Bright shin-ing as the sun,

Than when we’d first begun.

A Book Review Of Around The Wicket Gate by Charles Spurgeon 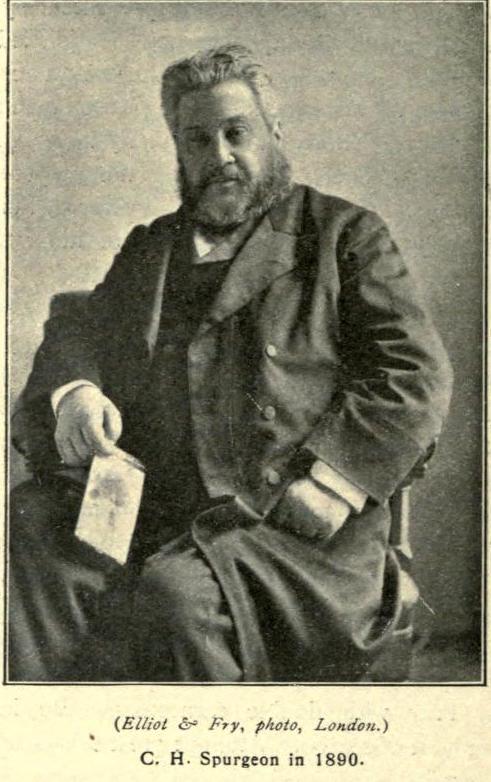 Around the Wicket Gate by Charles Spurgeon is a Book he wrote addressing those who are nearly saved but for varies, reasons have yet to enter the ‘Wicket Gate’. I adore John Bunyons The Pilgrims Progress, and happily enjoyed Spurgeon’s use of the allegory. Through out the book, he adds little bits of pieces of the characters and adventures, all the while imploring the reader to into the gate. 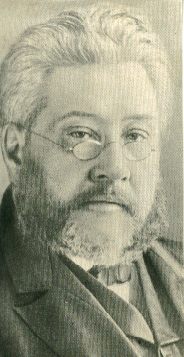 This book was published in 1890 and is now in the public domain. This means you can either buy a copy for yourself, enjoy a PDF version online, or hear an audible version of it. We travel none stop, so I appreciate the Kindle version of books. However I do have a running list of books I want in my future library, this book is on that list.

A dear, sweet part of this book was when he referenced the ‘technology’ of his time in comparison with their great, great grandparents. The point he was making was that it would be difficult for his grandparents to trust him when it came to little pieces of wood that make fire (matches) or getting on a train or sending telegrams. I thought this was such a beautiful illustration of how we need to trust in the Lord and a neat way to be brought back to his time period. 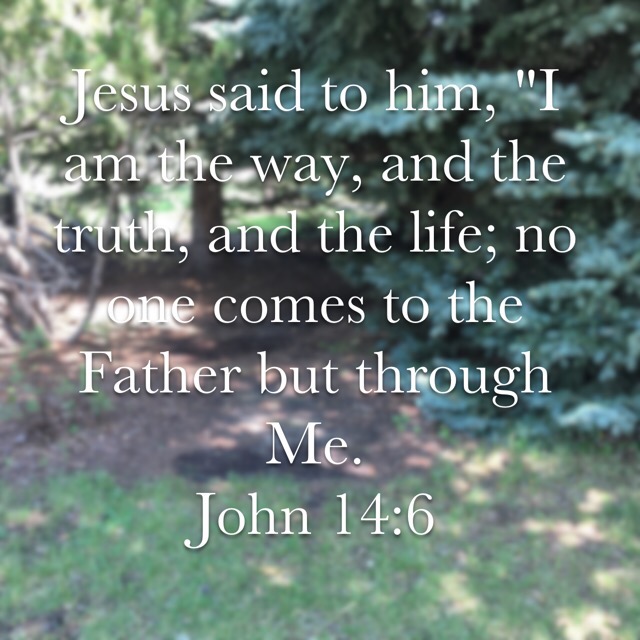 I recommend this book to everyone who knows someone hanging out ‘around the Wicket Gate’. The simplicity with which he explains the gospel is both profound, and accurate.

This is a personal review of the 1678 book The Pilgrim’s Progress by John Bunyan. 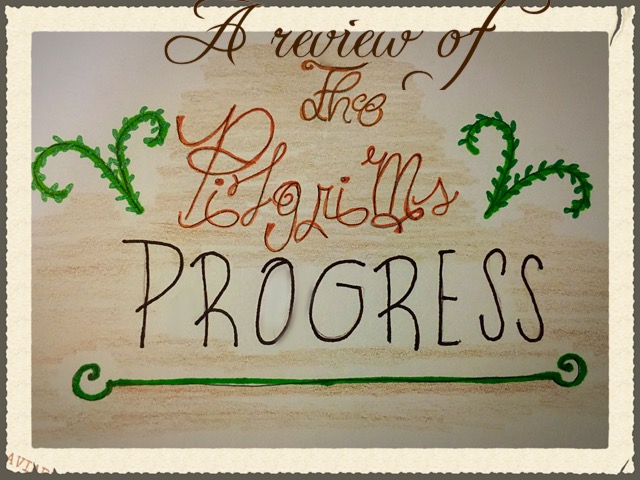 “The friends and the pleasures of which you speak cannot compare with the joys which I seek.” – Christian 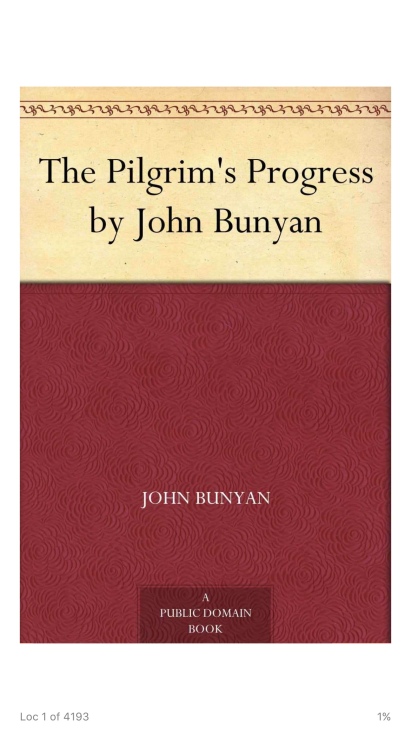 Have you ever made a rich, creamy alfredo sauce from scratch and then dumped it over your favorite carb? Like tortellini? YUM! You eat a bowl, foil the rest, and the next day it seems like it tastes even better.

I don’t drink so I can’t compare Pilgrims Progress to fine wine, but I LOVE me some homemade alfredo sauce and it certainly gets better over time. That is how the Pilgrims Progress was to me. I don’t think this book is discussed enough, like so many books written long ago it’s been forgotten in most circles. Or the adaptations have been placed over the original…this is like comparing store bought to the real deal, from scratch, alfredo sauce. Please! Don’t get me started…

The Pilgrims Progress was written by a guy named John Bunyan and published way back in 1678 England. It follows a man who is dreaming, and in his dreams, sees the aptly named Christian who is fleeing the wrath to come. He has a heavy burden on his back, which he can’t seem to be rid of. His wife and children think he’s crazy, but he sets off on a pilgrimage anyway. What I love is that after it follows him to the end, it goes back and tells the story of his wife and kids! LOVE it! From beginning to end the depiction of true Christianity is summarized perfectly.

I’m not sure about 1678 Christians, but I can tell you that through the years this book has become precious. Like second-day chicken tortellini, The Pilgrims Progress is rich with age. When I first tried to read it, the adapted version, I was still just playing Christian. I thought reading something like it would help the persona. But I didn’t get through the first chapter.

After getting saved I found the original version and was so greatly blessed by the story I cherished the times I spent reading it with my daughter.

It was like reading my own story, I often checked to make sure it was really written so long ago! How could something is written in the 17th century be so closely linked to a 21st century Christian? I cannot recommend this book highly enough, and if you are a fan of the KJV style you’ll certainly appreciate The Pilgrim’s Progress. Skip the movie, like so frequently is the case, the book is better. 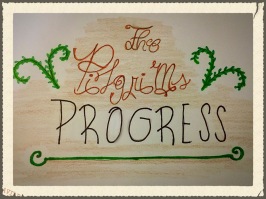 This book is fit for my first book review (which I’ll try to do weekly) as it was the first Christian book I finished after getting saved. Like Johns gospel is often described, The Pilgrim’s Progress is deep enough for an elephant to wade through yet shallow enough for a child to play in.

It’s one of those books you’ll read repeatedly and never get tired of! Plus, it’s on Kindle, seriously? Yeah, I love technology too!

There are several different versions with illustrations, or the updated versions, most a buck or more. Here’s one example from Amazon. As far as book reviews go I doubt I’ll find one so well priced. Did I mention I love technology? I hope you all enjoy a trip through time in this classic!

(BTW I have no affiliations here, I just didn’t want anyone spending $15 at a book store when here it is for a dollar! Yay kindle!)