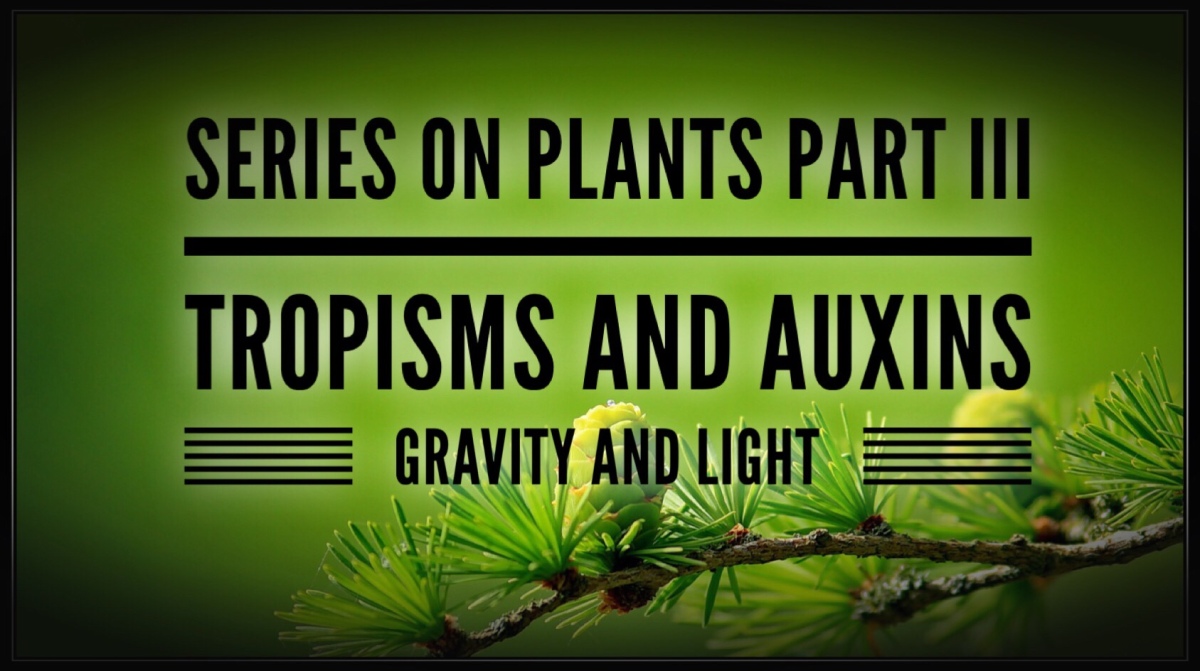 Today, beloved brethren, we’re going to continue our slow process of following a plant as it grows from a seed. Why? 1 Corinthians 15, which I was so struck by in my morning readings a few weeks back that I’ve now devoted an entire series on it! Let’s me honest, friends, Gods Word is magnificent enough to warrant an eternity of study into, and thanks be to God, if you are found in the faith that’s exactly what we’ll have! If you have not bowed your knee to Christ and become born again, please dear ones repent of your sins and cry out to God for forgiveness. Put your faith in Jesus Christ alone, who paid a debt He didn’t owe because we owed a debt we couldn’t pay.

On to tropisms, which could certainly be over spiritualized if we wanted to. I think you’ll see what I mean after you watch this short clip…

Essentially today we’re going to discuss three types of hormones working inside the plant once it’s begun to sprout. I smushed these together because I missed a post last week. I’m actually glad I did, it’s hard to separate any of these into singular posts as they’re all reacting to one another working together beautifully inside the plant. Auxin is a hormone that forms at the tips of the plant and its roots, which has a negative effect on roots and a positive effect on stems. Likewise phototropisms and geotropisms effect the cells within the stems differently than they do the cells within the roots, as you saw in the video above.

The Word of God does often use seeds, roots, and plant growth to visualize a certain point. That would make a great word study! With the Bible so saturated with these examples, I’m not going to attempt a spiritualization of these hormones adverse effects on the roots and stems. The only thing I want to say is that it’s a tremendous way for God to have designed, and without each of these hormones working as they were made to work, the plant itself would never grow. The Lord our God nit together the DNA of even the least attractive plant in an orchestration of complexity human beings could never duplicate.

When we consider how Christ went to the cross, to bear the sin and death we deserve, let us remember who He is. The God who created the universe, massive stars that make our sun look like a speck of salt, and complicated chemical reactions happening on a level so tiny we can’t even witness it with our own eyes. That God, Lord of Lords, King of Kings, the only one true God condescended to become man. He entered His creation, lived a perfect, sinless life, then went to that Roman cross in our place. The wrath of God was poured out on Him that day so that you and I could be forgiven, freed from the chains of sin and death, regenerated. I realize that I’m asking you a lot, brethren, to drudge through the reading of hormones inside plant cells, and some people might think that’s insane. My goal is to bring glory to our sovereign God, and encouragement to His church, yes even by the tiniest cells. As always, dear friends, be good Berean’s and study to show yourselves approved.