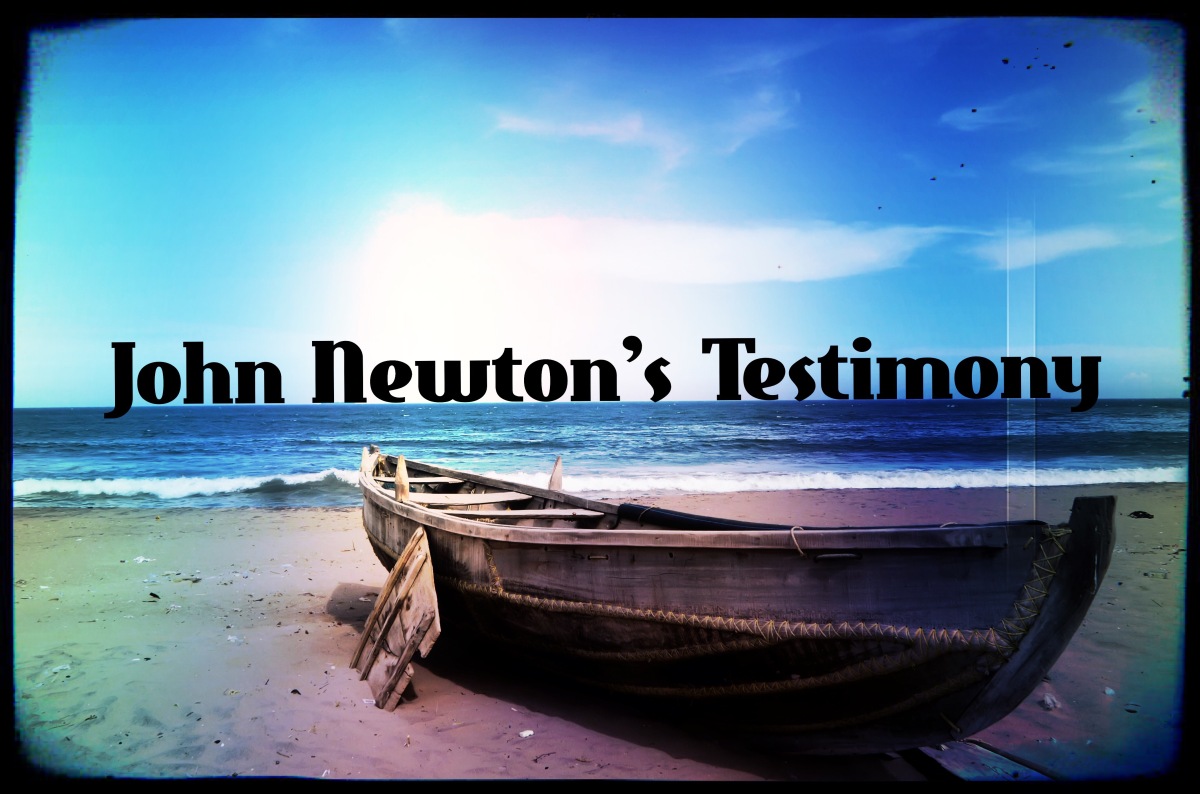 Sunday I posted a hymn by John Newton (1725-1807), and realized that I hadn’t written about his testimony yet. Most know Amazing Grace, but how many of us know the tremendous weight behind the words? When you hear the story you’ll never sing the song lightly again.

John Newtons mother was a Puritan, who taught him scriptures, until she died when he was 7. His father, who was a sea captain, remarried and Newton fell into bad company. His Christian learning stopped, and if not by the grace of God, it all would have been lossed.

His life was plagued by near death experiences, each one leading him to attempt a life of piety only to lapse into more wickedness than before. He eventually became a slave trader, professing there was nothing after life, no God, no eternity.

His last close call with death came during a storm at sea, when he was heading up to the top deck and someone called down for him to go find a knife. He did, but the man who went up in his place was immediately swept out to sea. The storm raged on, the ship was tossed too and fro for four weeks. Newton entered that ship a lost, blind, wretch. He left it a new creation in Jesus Christ!

From slave trader to preacher…John Newton was saved by the grace of God, through faith in Jesus Christ alone. Newton’s testimony is prescious to those of us with lost loved ones who seem too far gone to turn. Those who have been forgiven much, love much. I pray the Lord will encourage you all today, dear brethren, with the story and song Amazing Grace! As always, be good Berean’s and study to show yourselves approved.