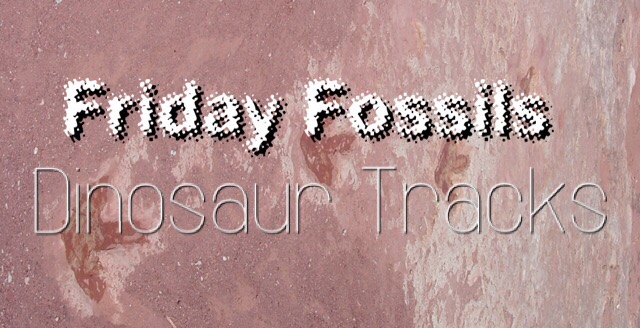 We’ve been traveling for a few years now and have yet to make our way to some of these fascinating tracks. Mostly medical reasons, and poor planning on my part. Hopefully, before we settle somewhere we’ll get the opportunity.

I’m amazed by the tracks left behind by these creatures. How is it that erosion didn’t destroy them before they were covered up layer by layer over long periods of time? The tracks found in Australia began to erode almost immediately after being uncovered. The obvious answer is that they were covered quickly. There are a couple problems with this, from the evolutionary standpoint.

1. These tracks are found all over the planet.

2. The tracks are found in layers of rock with marine life.

This brings me back to the point I’ve made before. Both creationists and evolutionists are looking at the same data, uneroded tracks clearly found in sediment laid down by water. From the worldview that Noah’s flood could not have happened, this is just the result of many large floods worldwide. I say large floods because of the amazing distance these tracks cover. To the person who holds to Gods Word these tracks are yet another example of the great flood of Noah. Each side has come to the same conclusion, flood, but their perspective on how and why the flood happened differs.

Evolutionary geologists have, in recent decades, admitted that rock layers do not take long periods of time to be laid down. Now, for the most part, they suggest the time is found between the layers. It’s only a matter of time before they change this position, as there is simply no evidence of erosion between layers.

We’ll go over the layers of rock in more detail next week. Until then, beloved, stand firm on the Word of God. As always, be good Bereans and study to show yourselves approved.